DonateShop Online
Sign Up for Services
You are here: Home / News / Mary Wants to Share Her Story

After breaking away from an abusive relationship, Mary, a single mother of two, had a home, a car, and a well-paying job that helped her put a little money aside for her family. 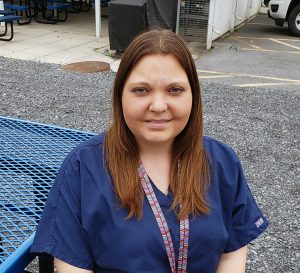 Then came COVID-19. Suddenly, it was impossible to be both Mom and keep her full-time job — she had to be home with her children.

“The bottom dropped out. I had a great job and had to give that up. Unfortunately, I was denied unemployment. With schools closing, childcare was closed as well. So, finding someone to watch the kids up and go to work was a huge issue,” she explains. “Going in and telling them I can only work the hours my kids are in school, to be able to find something like that was a needle in the haystack, to say least. Everybody wants nights and weekends.”

To add to her difficulties, her car broke down, and because she rented privately, she was not protected when her landlord asked her to move out so that a family member could move in.

“I took what money I had saved up and stayed in a motel for $500 a week for three months,” she said.

When the money ran out, and she was forced to go into a shelter for two months, and when that didn’t work out, the family slept in the car for a month.

Finally, she was able to get placed into a home and get the kids in school. That was when the school social worker suggested she contact the Martinsburg Initiative, which brought her to the attention of Horizon Goodwill.

“Full disclosure – when I got told about it and I went for my interview, I thought they were going to have you work in the store. I had been told that some of the circumstances for going through the program were people that don’t have job experience or have gotten into some trouble and now they’re getting back on their feet,” she said. “I was like, I’m none of those things. But I’ve been disadvantaged in a whole other level, so I’m not gonna take it offensively and just go ahead with the program and see what benefits it could help me with.”

In fact, her experience was far from what she expected. Her caseworker asked her about her experience and situation to better match her up with opportunities that fit her needs. She chose Blue Ridge Community and Technical College because of the flexibility it gave her regarding her kids. Within six weeks Blue Ridge took her on full time.

“Christmas break I get all eleven days off like my kids, so it works out great,” she said. “When I came in through Horizon Goodwill, they were willing to work with my hours and my times — that really helped. Now that I am on full time, I was able to get the kids into childcare, and getting my full-time hours. I got benefits from day one.”

Getting a full-time job and being able to pay for daycare was just what she needed to get her back on her feet. Most important, her caseworker was able to provide her with the ride to and from work during her first week when her car wasn’t running, otherwise, she would have never been able to start.

“The bosses are great and everybody’s really nice — and it’s not hard labor. I’m not stressed out. Everybody’s friendly,” she adds. “This year has been very hard. But I was able to buy the kids presents and I’ve got gas in my car. I’ve been able to pay for the things broken in my car and pay off different bills. The good thing about when you hit the bottom is you can only go up.”

After six months at Blue Ridge, she will be eligible for free tuition. She has plans to take advantage of that benefit to advance her education and her career.

Mary thinks it is important to share what she called “a real success story.”

“If you don’t share your story, then other people won’t be able to help themselves in their situations,” she explains. “When you hear about somebody else, then it gives you a little bit of hope that if things can turn around for them, then maybe things can work out for me.” 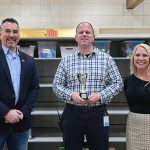 During the month of March, Horizon Goodwill Industries, along with the Ed Foundation of Washington County Public Schools (EF/WCPS), and Washington ...   END_OF_DOCUMENT_TOKEN_TO_BE_REPLACED